Soledad Aznar and I Sara Swanson are StaDemonia Tattoo, together with invited artists and performers. For 12 years we worked in Barcelona and since 2017 in Stockholm.

Soledad has tattooed to and from since they made their first tattoo on themselves as a sixteen-year-old in Argentina in the mid 80’s. At markets, in buses, at people’s homes, at trade fairs. They are self-taught and learned to tattoo during a time when tattooing belonged to cis-men. The very few women who tattooed were basically the girlfriend of a cis-male tattoo artist – so learning was slow and lonely. The Internet did not exist and knowledge about where to buy machines, how to repair them, different materials, how to solder needles and sterilize, all of that were then secrets of profession.

I have also seen and experienced those times even though things had gotten a little better when we met in the early 2000s. When we got to know each other, Soledad had already come a long way in their learning and set up a clandestine studio in Barcelona, ​​a loft in the artist collective el Circo in the middle of Barri Gotic. After a while together, we talked about opening a studio to the public, with all that entails of permission and work.

Soledad wrote a project, got a loan through a feminist organization and we were finally able to rent a dilapidated place that we refurbished and cleaned from mice and cockroaches. In the tattoo industry, we were deviant creatures for a long time and rumors reached us about those strange dykes who opened a studio, or what is it that they do really? We became a reputation and a name in Barcelona’s tattoo scene without getting colleagues or artistic recognition for that matter. Neighbors gossiped that we actually ran a ”puticlub” – a disguised brothel, and other tattoo artists stayed away.

Professionally, it was a lonely situation, but fortunately many customers felt drawned to our strangeness and over the years we got a loyal and rich clientele. When we moved to Stockholm, we decided to more actively create a place where LGBTQI+ people can feel comfortable – through pictures we choose to show, how we formulate ourselves and the choice of the artists and performers we invite to exhibit or work with. When we started StaDemonia, it was an impossible dream to work with other queer tattoo artists. Just before we moved from Barcelona, ​​the first queer young tattoo artists had sought contact with us and we almost regretted that we already decided to move. In Stockholm, we have slowly found our context – a studio where everyone is welcome to get a tattoo but where we reserve the professional place to tattoo and exhibit art to queer artists. The result is that a large part of our customer base is LGBTQI+ people.

Since the start with StaDemonia, Soledad has taught me everything I know about tattooing and I am infinitely grateful that I received the support I received and did not have to learn alone. 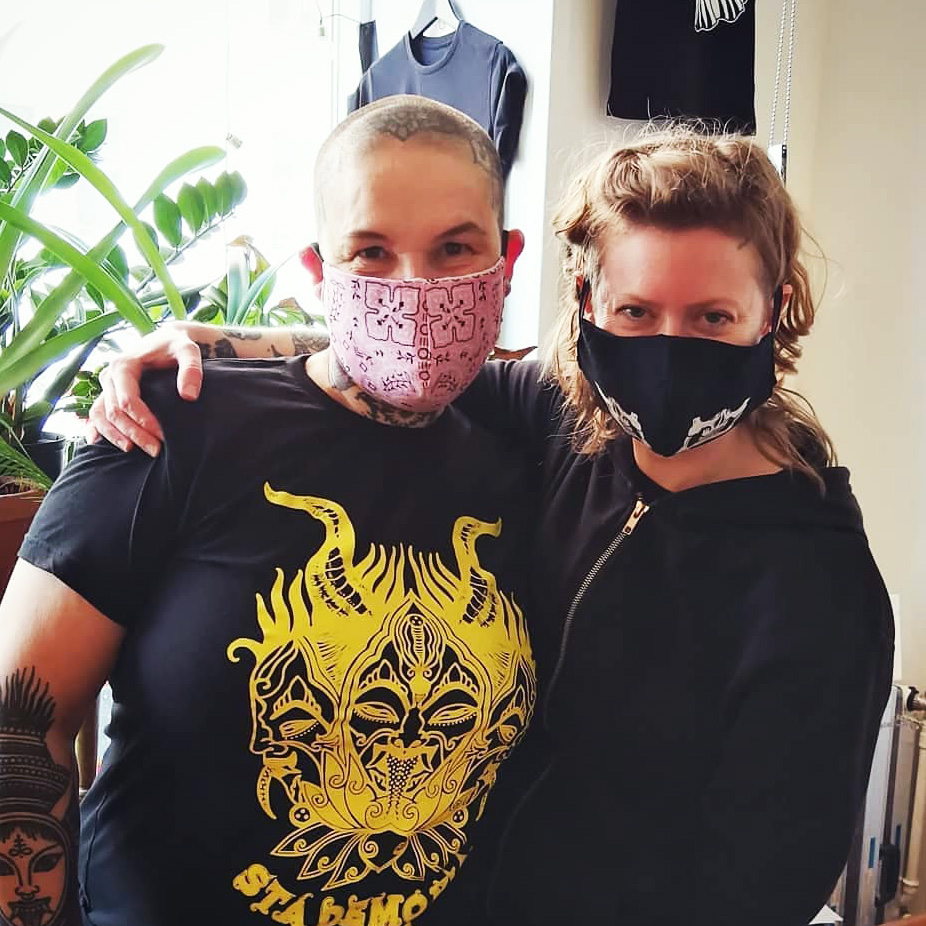